In the late 19th century, Edvard Munch shook up the artistic community with his works, which went far beyond the bounds of the norms that were generally accepted at the time. He rejected the naturalism that had reigned supreme in Germany under the kaisers, and opted instead for symbolism and emotions, a move that prompted condemnation from many established artists and admiration on the part of young painters constantly thirsting for something new.  History has judged that Munch’s innovations were not merely an attempt to stand out from the crowd, but the manifestation of an inimitable style, one that reached its zenith in the painting The Scream.

For Munch, painting wasn’t just a trade or a hobby: it was his passion, a veritable disease, of which he had absolutely no desire to be cured. The artist described the creative condition as a form of drunkenness, and in this context, sobriety held no appeal for him. Consequently, he created a vast number of works, including etchings, drawings and paintings. He was a truly prolific artist – his oil paintings alone number more than a thousand. 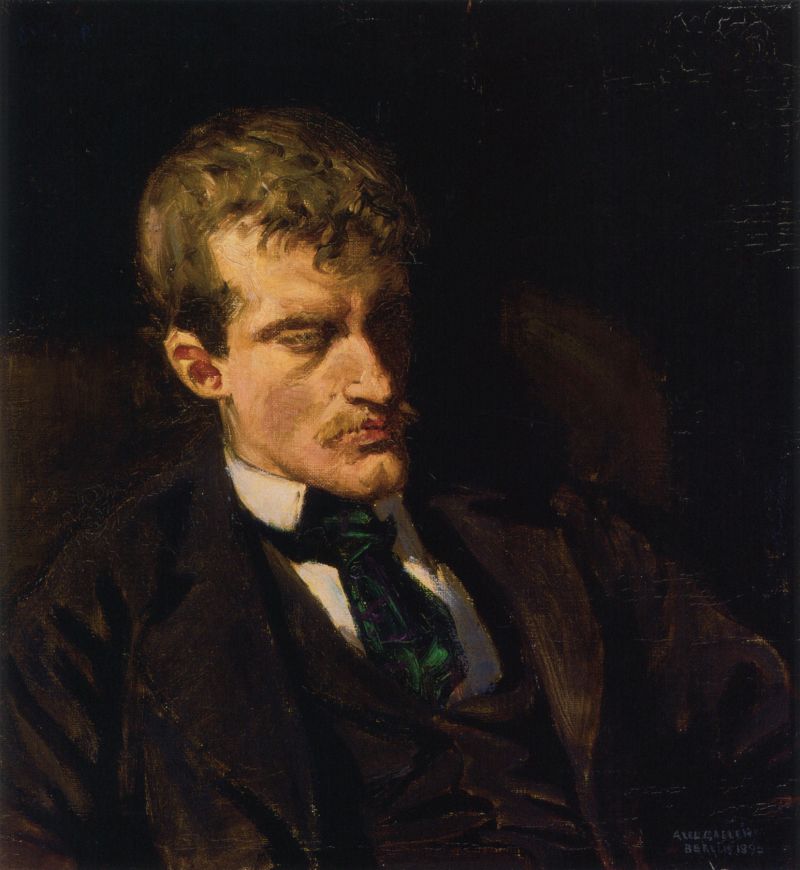 The artist did not see the world as a place where all was sweetness and light. Words such as despair, pessimism and tragedy can be used to describe his world-view. These are the feelings that pervade Munch’s works, but they do not appear in the form of an acutely felt phobia, but rather as a philosophical response to reality.

The philosophy in this masterly artist’s paintings is at times hard to make out, however, behind the whirlwind of emotions on show: instead of real objects, his canvases are filled with contrasting areas of colour, space is indistinct, and the characters’ faces look more like death-masks, standing as a symbol of human grief. His series of works Frieze of life, to which the artist devoted approximately thirty years of his life, was painted in this manner. This was the series that included The Scream, which was immediately preceded by Despair.

The story behind the painting’s creation was described by the artist himself. “I was walking down the road with two friends. The sun was setting. Suddenly, the sky turned blood-red, and I felt an explosion of melancholy, a gnawing pain beneath my heart.  I stopped and leant on a fence, deathly tired. Above the blue-black fjord and the city there lay blood and tongues of flame. My friends carried on walking, but I stayed behind, trembling with fear, and I heard an infinite scream, piercing nature.” 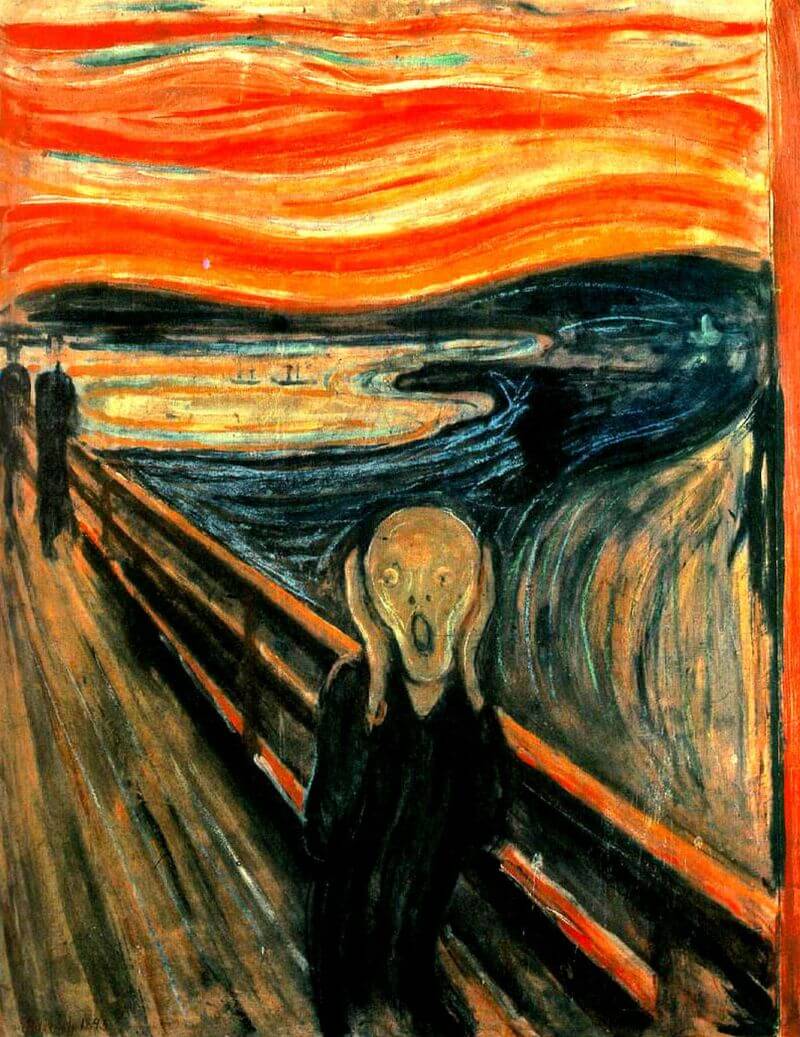 The Scream by Edvard Munch

The Scream went on to become Edvard Munch’s most famous work. Why was it that a faceless silhouette, letting out a howl of despair, resonated so powerfully in the popular imagination? The answer is wrapped up in the question itself. Practically anyone with any sensitivity at all who is endowed with intellect and consciousness, and lives in society, has moments when they experience that same despair, fear, and sense of powerlessness. The painting is the apogee of a psychological generalization. Look carefully at the tense mask, howling silently due to the unbearable psychological strain, against a backdrop that is indistinct, but no less tense for that.

Take a good look and be attentive to the feelings that the painting inspires in you. Let your mind wander as you contemplate the meaning of what is depicted, putting yourself in the artist’s place and engaging in the moment. Let yourself feel the full horror that the artist put into this silent scream. Let the power of association draw parallels with your own experience, laying bare your soul, tender and trembling, agonizing over the meaninglessness and futility of life, tired and despondent, violated by the rudeness and indifference of others. And now spit all of that out through the visual image of the scream and leave it on the canvas. Once and for all.