As one of the most influential Modern artists of the 20th century, Pablo Picasso is renowned as a legendary artistic master to this day.  Picasso was a rebel from the start and, as a teenager, began to frequent the Barcelona cafes where intellectuals gathered. He soon went to Paris, the capital of art, and soaked up the works of Edouard Manet, Gustave Courbet, and Henri de Toulouse-Lautrec, whose sketchy style impressed him greatly. Then it was back to Spain, a return to France, and again back to Spain – all in the years 1899 to 1904. 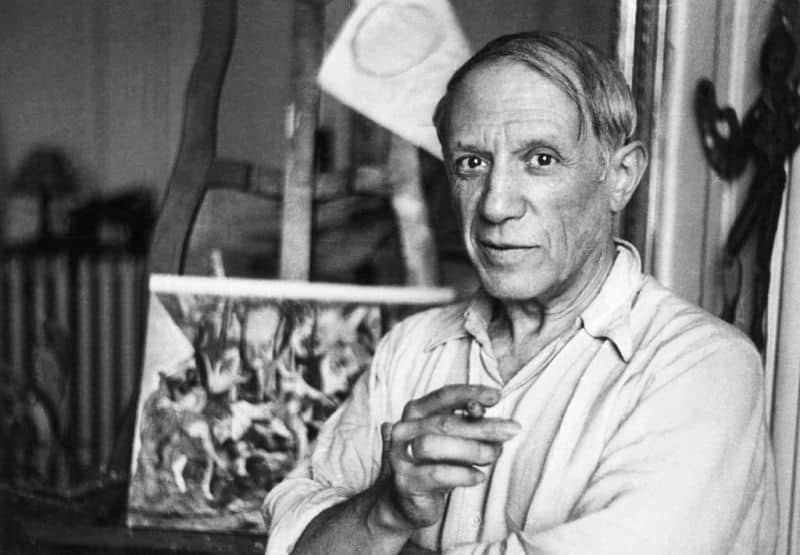 Before he struck upon Cubism, Picasso went through a prodigious number of styles – realism, caricature, the Blue Period, and the Rose Period. These distinguished styles are apparent in the unique original works as well as Picasso ceramics, lithographs, linocuts, and etchings that he created later in his life. The Blue Period dates from 1901 to 1904 and is characterized by a predominantly blue palette and focuses on outcasts, beggars, and prostitutes. This was when he also produced his first sculptures. The most poignant work of the style, La Vie (1903), currently located in Cleveland’s Museum of Art, was created in memory of his childhood friend, the Spanish poet Carlos Casagemas, who had committed suicide. The painting started as a self-portrait, but Picasso’s features became those of his lost friend. The composition is stilted, the space compressed, the gestures stiff, and the tones predominantly blue. 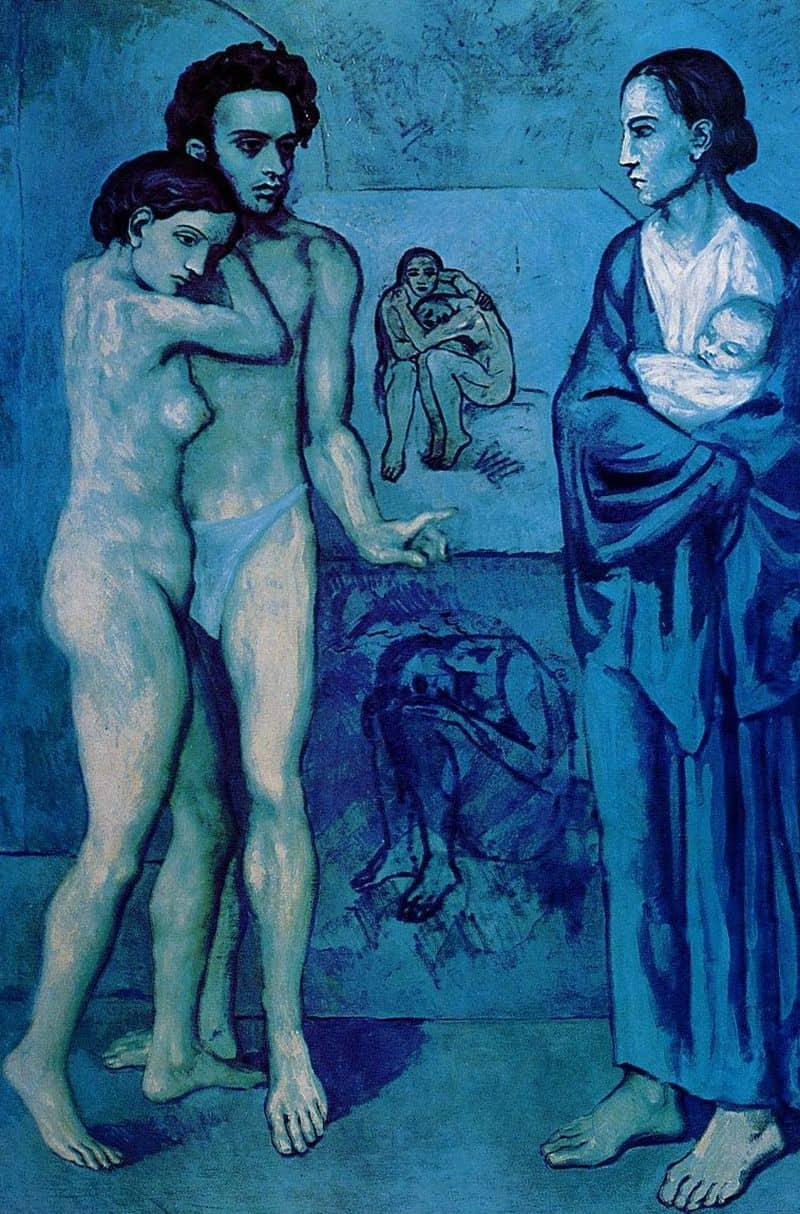 The Rose Period began around 1904 when Picasso’s palette brightened and is dominated by pinks and beiges, light blues, and roses. His subjects are saltimbanques (circus people), harlequins, and clowns, all of whom seem to be mute and strangely inactive. One of the premier works of this period is Family of Saltimbanques (1905), currently in Washington, D.C. at the National Gallery, which portrays a group of circus workers who appear alienated and incapable of communicating with each other, set in a one-dimensional space. 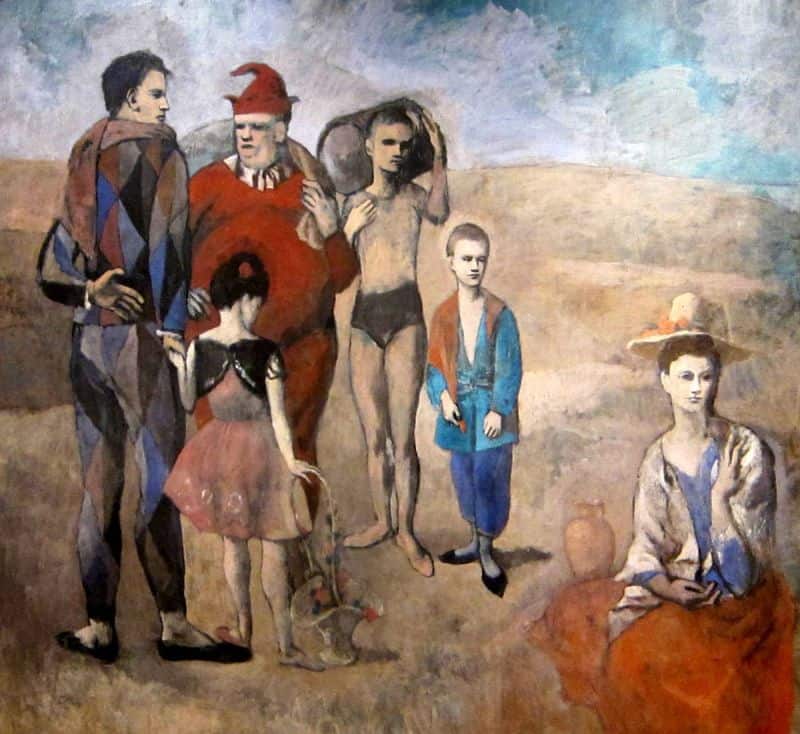 Family of Saltimbanques by Pablo Picasso

In 1905, Picasso went briefly to Holland, and on his return to Paris, his works took on a classical aura with large male and female figures seen frontally or in distinct profile, as in early Greek art. One of the best examples of this style is in the Albright-Knox Gallery in Buffalo, NY, La Toilette (1906). With his groundbreaking 1907 painting Les Demoiselles d’Avignon, Picasso developed a revolutionary style of modern art that was formed in response to the rapidly changing modern world: Cubism. He simplified and distorted figures and objects into geometric planes, often including elements of text and collage in his works.

Picasso enjoyed creating his art in many different artistic mediums throughout his life and, in due time, became a master in each medium. From Picasso ceramics to paintings to lithographs, etchings, and linocuts, all of his works are a testament to his artistic skills. 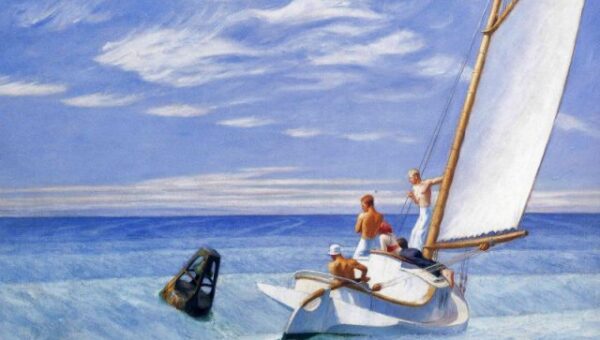 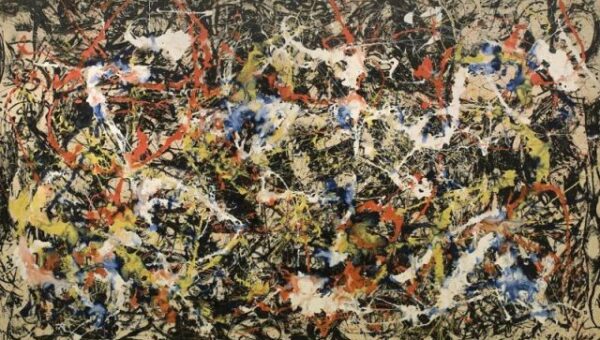 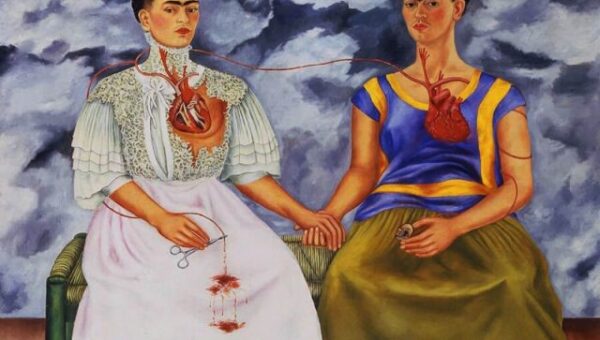