Home > Academy > The top 10 most expensive paintings in the world

The top 10 most expensive paintings in the world

Did you know that even a painting that is not an artist’s most famous work can fetch 300 million dollars? Remarkably, it is sometimes not the most well-known works in private collections that change hands for astonishing amounts of money. Let’s take a look at the most expensive paintings by famous artists.

1. Everyone has heard of the famous Italian artist from the Renaissance, Leonardo da Vinci. In 2017, the artist’s painting “Salvator Mundi” (The Saviour of the World) was sold by the auction house Christie’s in New York for the incredible sum of $450,312,500. Researchers have described this painting as “the greatest artistic discovery of the 20th century”. 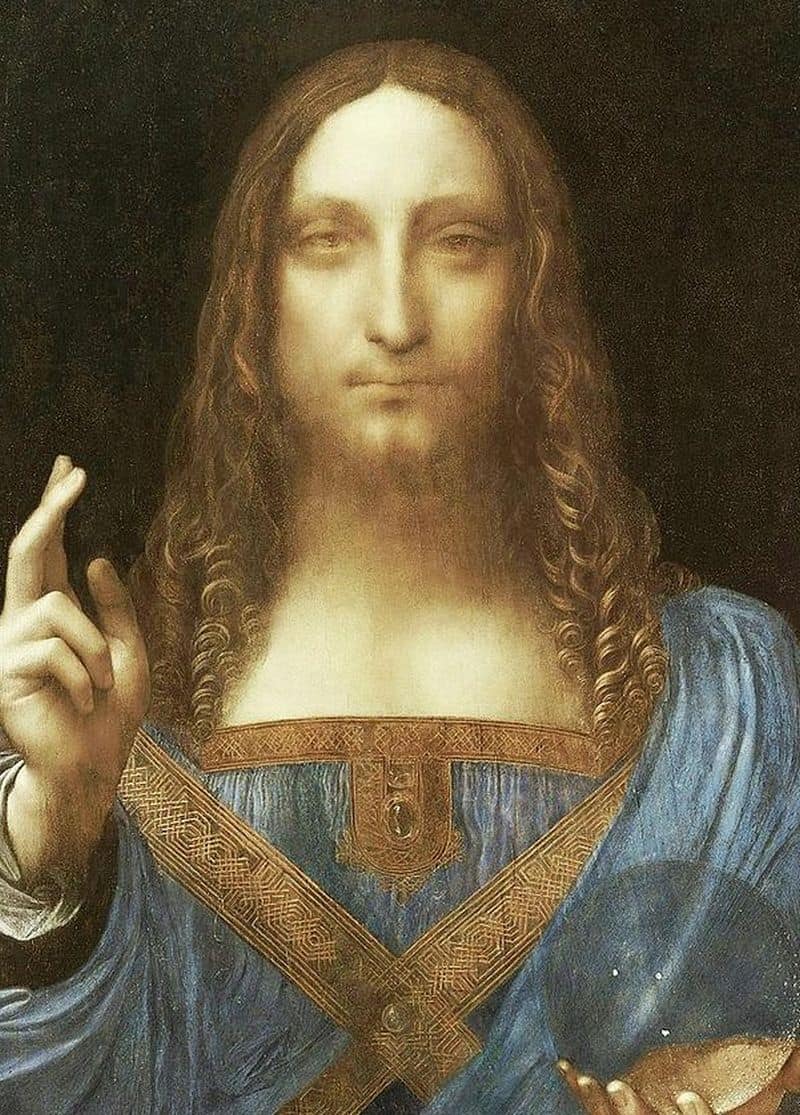 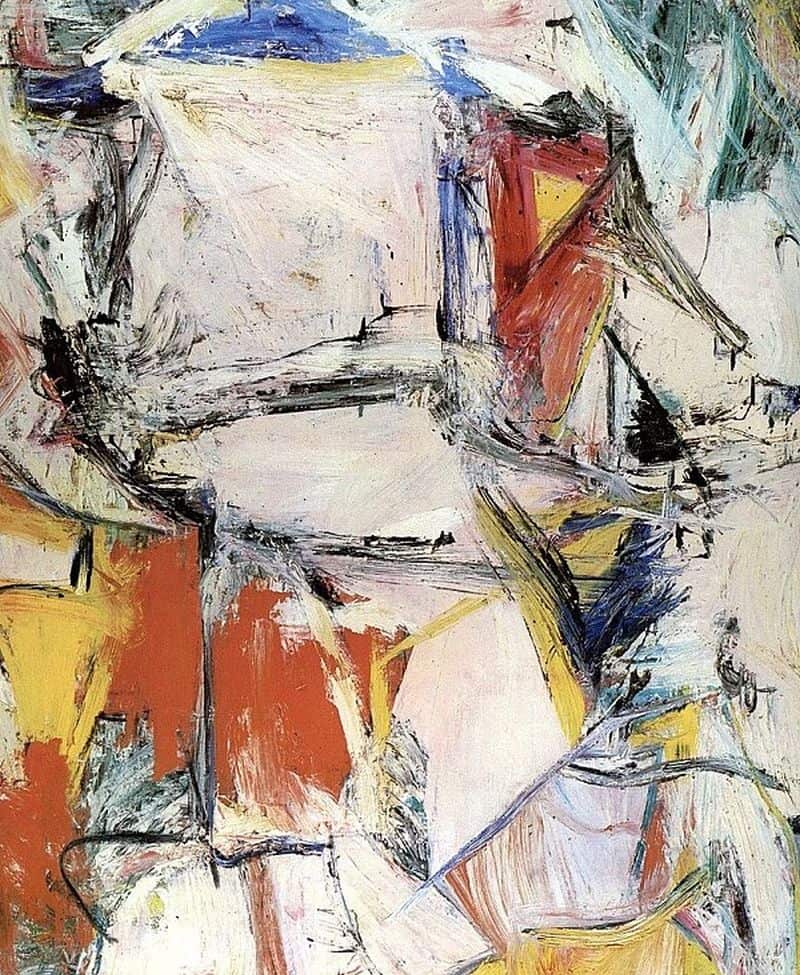 3. “The Card Players” was purchased by the Museum of Qatar for 250 million dollars. Paul Cézanne painted this canvas between 1892 and 1893 and it is the third painting in a series. The other 4 paintings in the series are currently at the Musee d’Orsay, Cusco, the Metropolitan Museum of Art in New York and the Barnes Foundation. The series of works shows us 5 gamblers playing cards, and in each subsequent painting there is one fewer of them at the table, until in the last one there are just two players left. 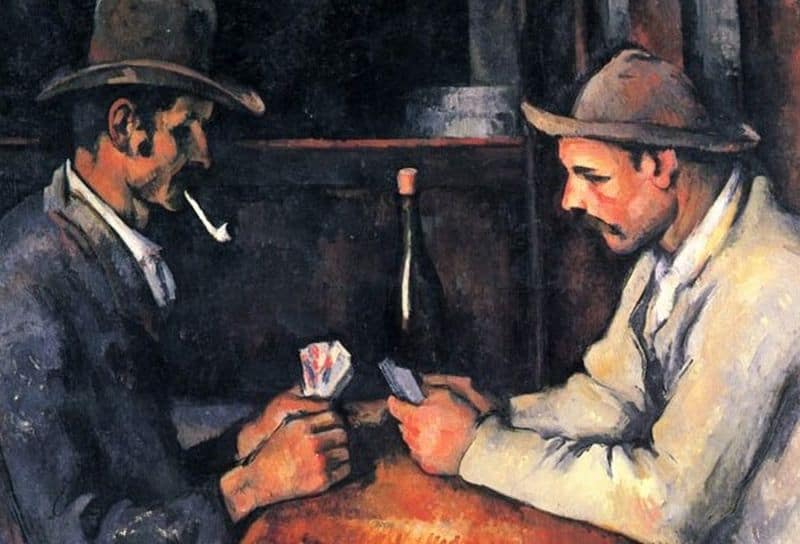 The Card Players by Paul Cézanne

4. In 2015, the famous Swiss collector Rudi Staehelin sold Paul Gauguin‘s work “When will you marry?” for 210 million dollars. This work is now owned by Qatar Museums. Paul Gauguin was known for his portraits of beautiful girls and created romanticized images of the island paradise of Tahiti. One of the girls depicted in the painting is the artist’s wife, the 13-year-old Tehamana. 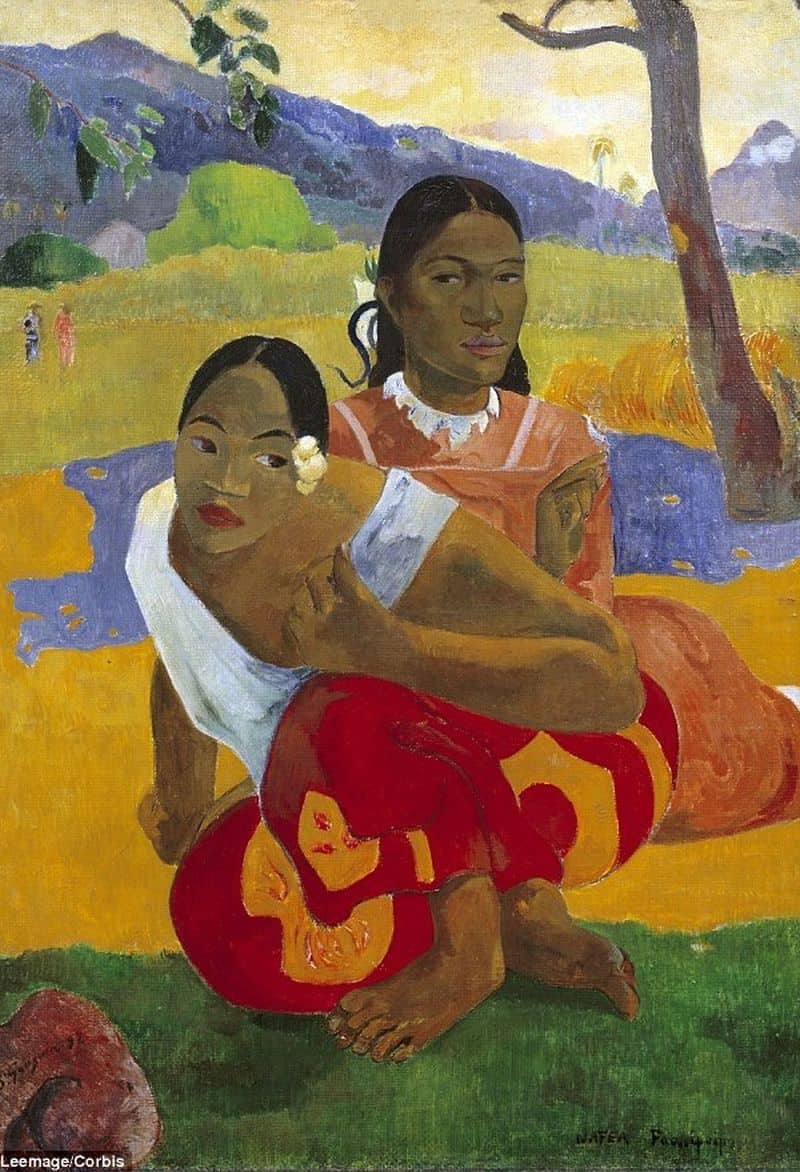 When will you marry? by Paul Gaugin

5. In 1948, Jackson Pollock painted his work “Number 17A”. The painting was sold in 2015 at a private auction, where it fetched 200 million dollars. The artist used his own unique method of spraying paint onto the canvas, a technique described by the art historian Harold Rosenberg as ‘action painting’. 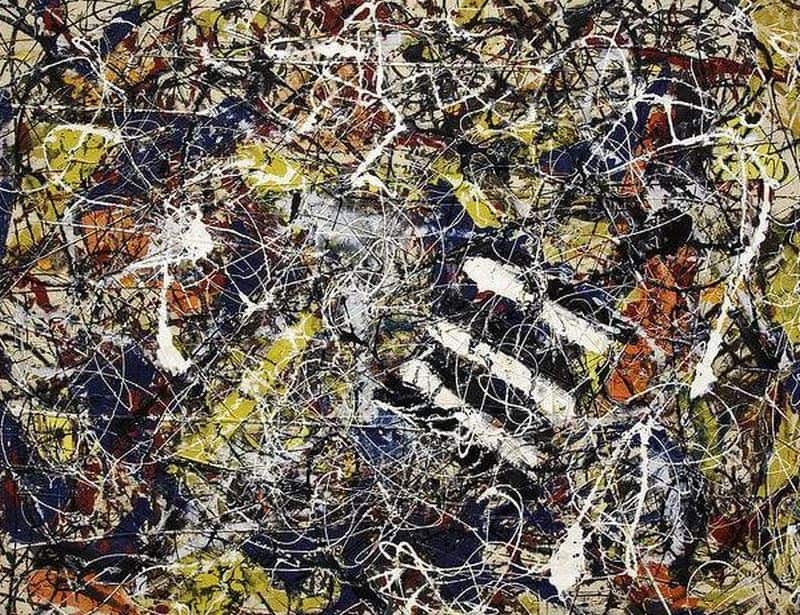 Number 17A by Jackson Pollock

6. In 1907, Gustav Klimt painted his allegorical painting “Water Serpents II”. It is thought the artist was inspired to paint the two “Water Serpents” paintings on account of his earlier work, “Moving Water”. Klimt’s painting was sold in 2013 for 187 million dollars. The women in the painting are often likened to nymphs. 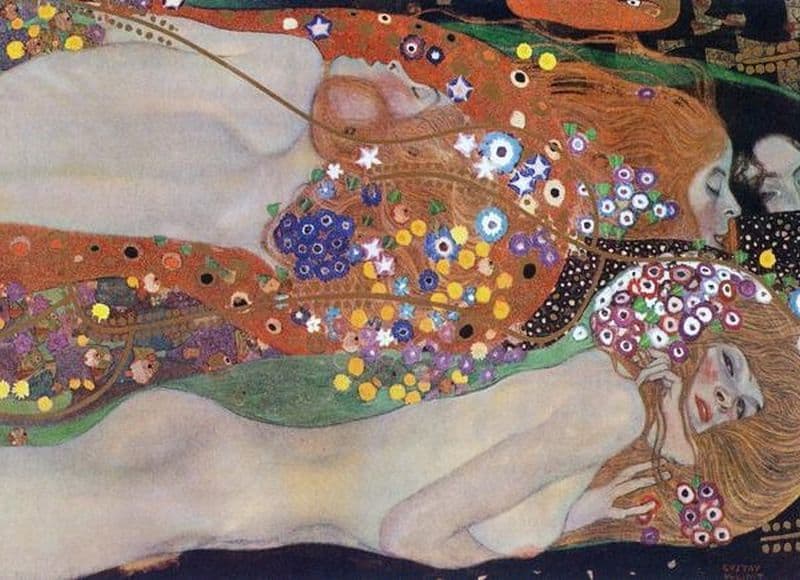 7. Mark Rothko “No. 6 (Violet, Green and Red)”. This painting sold at a closed auction in 2014 for 186 million dollars. In 1951, Rothko painted a work whose main goal, like that of his other paintings, was to serve as an appeal to man’s primary emotions. 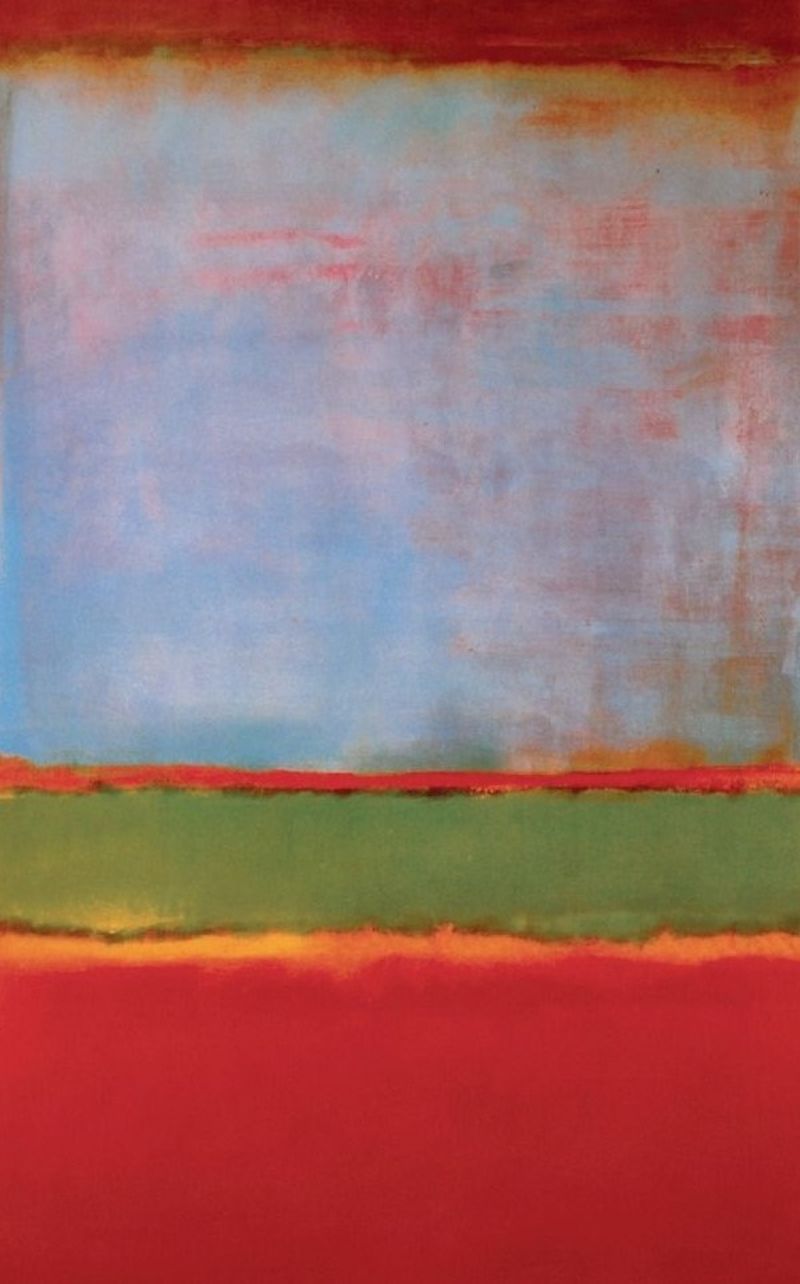 8. Pablo Picasso and his “Women in Algiers (Version O)” fetched 179,365 million dollars when it was sold in 2015. Version O is the best-known of the 15 paintings in the “Women in Algiers” series. It is believed that the woman depicted in it is Françoise Gilot, Picasso’s favourite French artist. This series of works from A to O by Picasso is part of his works dedicated to the artists he admired himself – in this specific case, the French painter Eugène Delacroix. 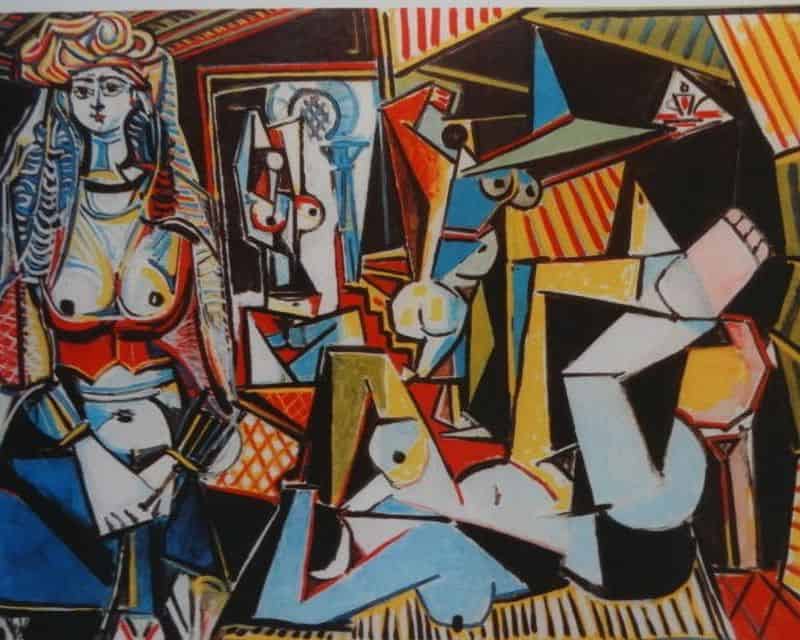 Women in Algiers by Pablo Picasso

9. Amedeo Modigliani painted his work “Nude on a Cushion” in 1917-1918. In 2003, it was bought by an Irish billionaire for $26.9 million; in 2015, the auction house Sotheby’s sold it for 170.4 million dollars. The painting is part of a series of 22 canvases, most of which are housed at the Metropolitan Museum of Art and the Solomon Guggenheim Museum in New York, the Courtauld Institute of Art in the UK and the Long Museum in Shanghai. 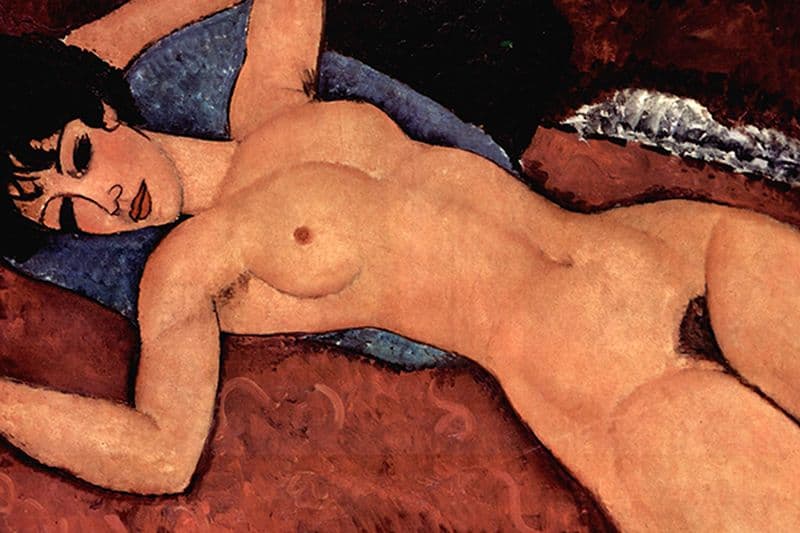 Nude on a Cushion by Amedeo Modigliani

10. Roy Lichtenstein’s “Masterpiece” was sold by the American collector and philanthropist Agnes Gund in 2017 for 165 million dollars. Lichtenstein’s art was based on a comic-book aesthetic and appealed to the mass popular consciousness, something that still causes disagreement among critics today. 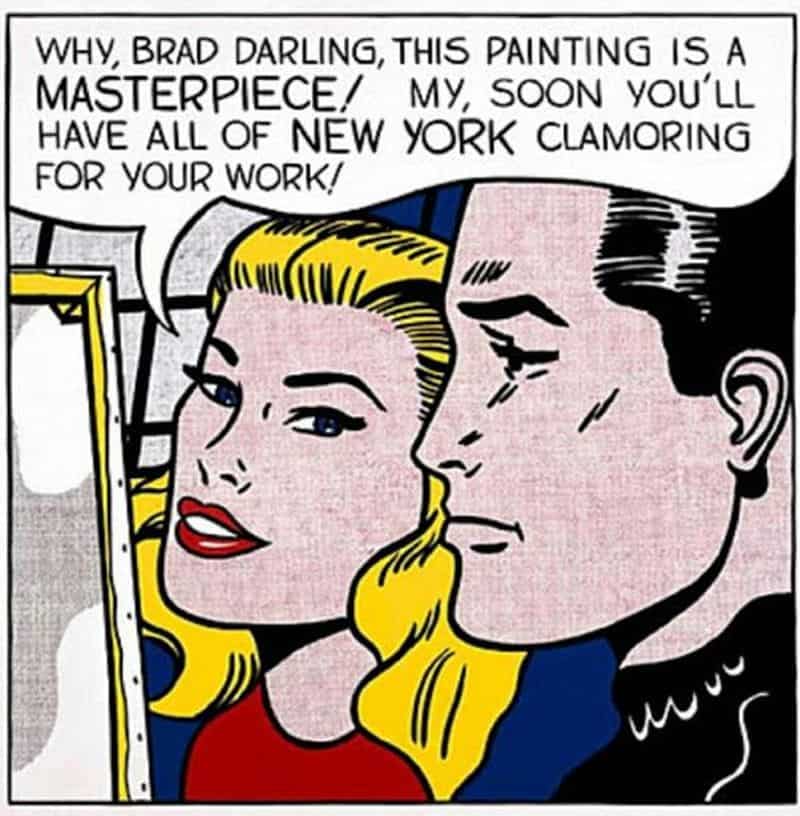