Light cerulean blue was discovered in 1805 by the German Von Höpfner and it was taken into production in 1821. Only in 1860 was the pigment used for making artists’ paint. Cerulean blue is made from cobalt stannate, which is a compound of cobalt and tin oxide, and is PB 35. Light cerulean blue has low colour strength and is lightfast. The opacity is higher than that of cobalt blue. It forms a soft layer of oil paint. Unlike cobalt blue, cerulean blue will not lose its fresh colour in artificial light. When used as a watercolour, the pigment particles remain visible. The colour is popular with landscape painters, because of the wonderful effects it gives when painting wet-on-wet. You can obtain surprising colours by mixing this blue with the quinacridone pigments. The lightfast quinacridone pigments are described in chapter 5 under point 10. Light cerulean blue is very suitable for making an opaque acrylic paint. 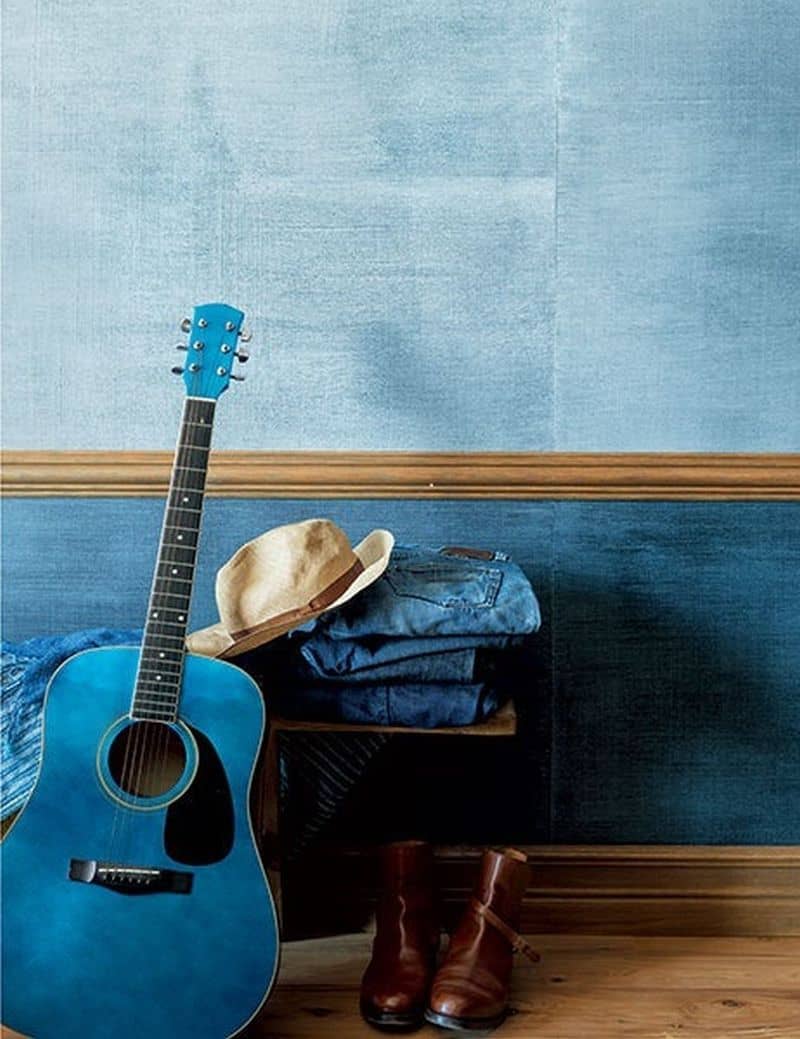 Dark cerulean blue was introduced in the early 20th century. It is a compound of cobalt, aluminium and chromium oxide. The chrome that is present makes the colour darker and dirtier or duller. The colour is related to cobalt blue turquoise, which also has the same pigment number, but is composed in different proportions. Chromium-cobalt-aluminium oxide is PB 36. Dark cerulean blue has low colour strength and is lightfast. The opaque pigment gives a soft layer of oil paint. The blue has a green undertone. When used as a watercolour, the pigment particles remain visible on the paper. The pigment is very suitable for making an opaque acrylic paint. 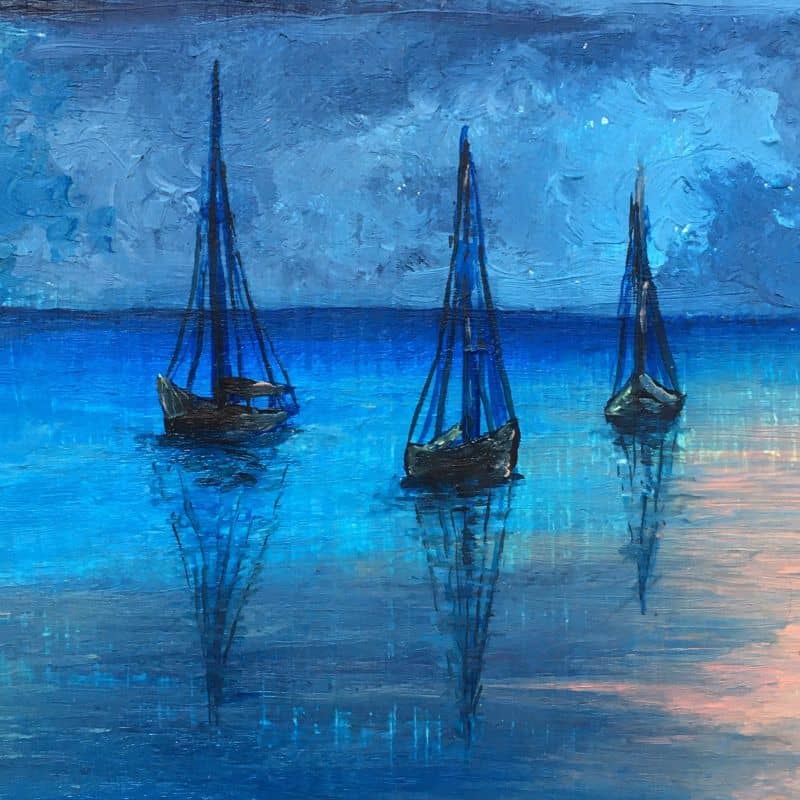 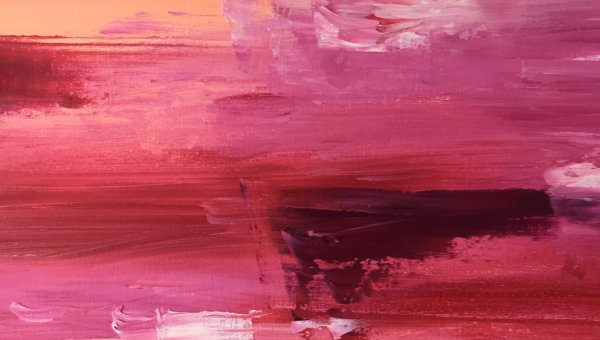 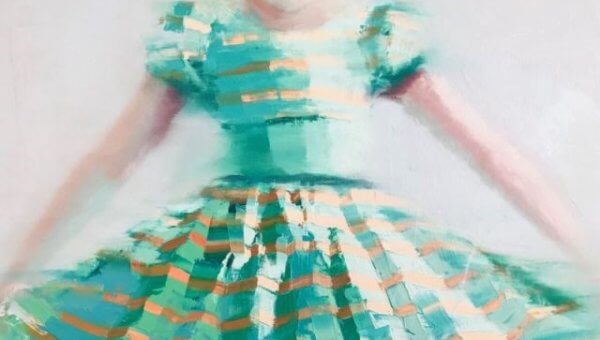 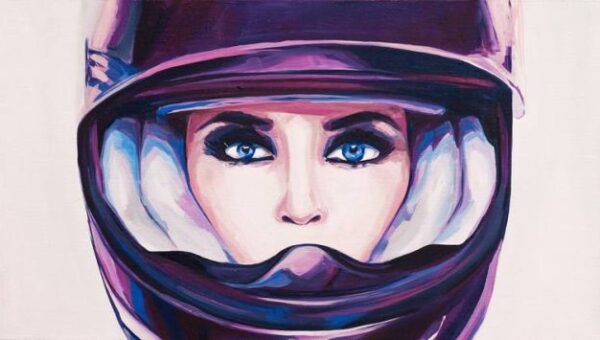